In a free market economy the ultimate goal is always to raise your worth to a point of absolute comfort, at least for most people. It seems that the path to becoming a millionaire is one wrought as much by luck as it is hard work. You see reality stars rake in millions of dollars just to smile on camera. You hear about ‘affluenza teens’ that were born into such wealthiness that it simply changed the way their brains work. As you get older the odds of getting rich and saving money in big ways seems to slow down, but does it have to? We took a look at some common and not so common rules for making big bucks later on in life. Here are 11 simple rules to making your millions after your 50th birthday!

The million dollar threshold is almost mythical to some people and that can lead to feelings of doubt and dread. If you are committed to making your first million, even after 50 years old, you have to fully believe in yourself and your dream. A commitment to ideals can lead wanderers to even the most distant prized goals. 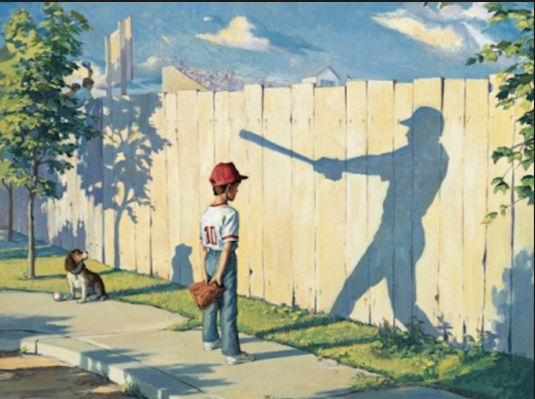 Write out a game plan.

As odd as it seems, the most simple and effective rule to making money after 50 is knowing exactly how much you need to get there. Unfortunately many people are starting over from 0 at this time in their life and they need to make money quickly. Other people over the age of 50 have already developed their savings accounts and that helps to swing things in their favor. No matter where you stand at on the financial scale you need to chart out how much money you need to earn before you hit your million dollar mark. Once you know how many dollars you need, you can start chunking down your goal into reachable landmarks. At the very least, writing out a plan will put you in the mode of ‘do something’ rather than ‘day dream about something’. As they say, action leads to action and inaction leads to inaction — so be proactive and get things done. 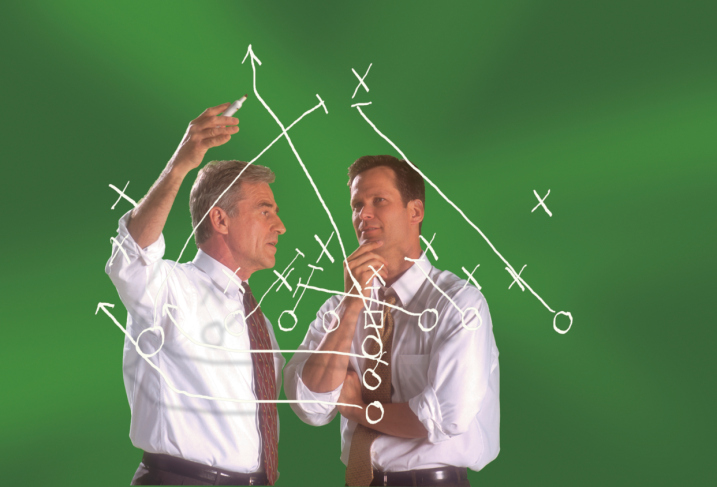 Understand the reality of your bank accounts.

Whether you have $100 stashed away in a bank account or $100,000 you need to realize one simple thing: your bank account is a tool, not a coffin. You don’t want to get into the habit of saving money simply to have it set aside and slowly accruing interest. While it is nice to have a nest egg put away, the reality is that if you are 50 years old and trying to make your first million you will have to be much more aggressive. Looking back at our action/inaction metaphor, sleeping money tends not to help you in the same way. Your money shouldn’t be habitually rotting away. You need to have that cash moving, investing, and building itself. The only reason to have money to begin with is to invest so you can make more of it. You are a mover and shaker at this point, not a pure saver. 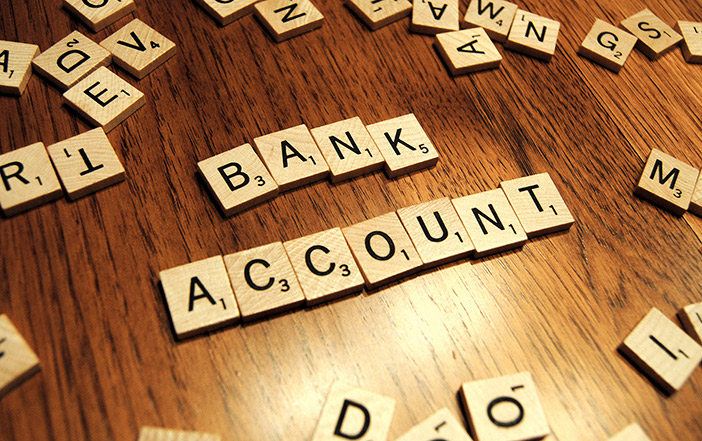 Erase your debt, unbridle your ceiling.

Debt comes in a variety of different grades. Some debt, like credit card debt, simply destroys you with never ending interest all while capping the money you have set aside for better things. Other debts, like quick loans or cash advances, can be used to dig you out of trouble and put you on the right path. Debt not only physically slows down your ability to earn money, but it also mentally slows you down as well. People in debt tend to be focused only on how their debt is crushing them. Instead of focusing on how your debt is slowing you down, focus instead on how you can get out of debt. This will lead to a tremendous boost in mental clarity and eventual financial returns. 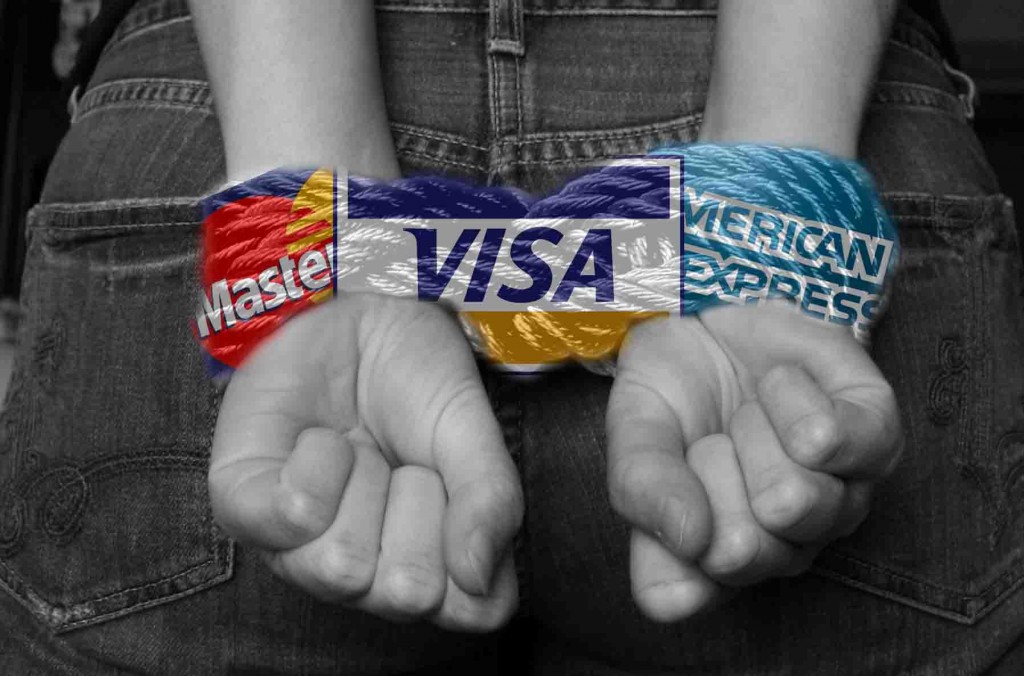 We’ve already touched on creating your own business and forging forward with the spirit of an entrepreneur, but now we need to take it a step forward: create your own intellectual property. Intellectual property, or IP for short, is a term used to describe books, songs, patents, scripts, and many other things created in the realm of art. This IP can be used, potentially forever, as a money making avenue even if you stop actively working on it. Consider a song that gets licensed to 50 different movies, or a book that sells ten thousand copies. You only work once and then earn forever. Keep an eye on your money market accounts and internet banks, sure, but also focus on creating something permanent. 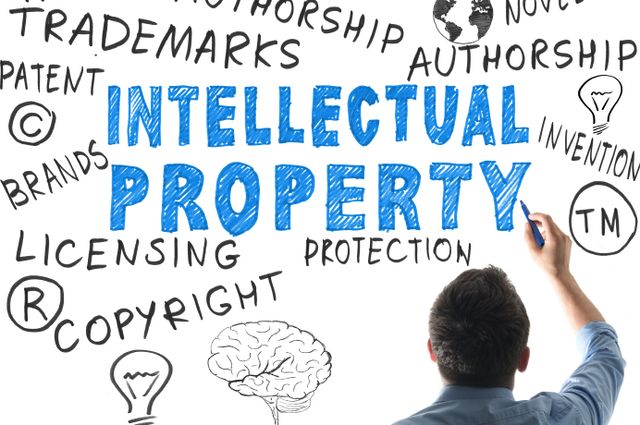 At this point in your life you need to stop thinking that your online savings account is going to magically find its way to the million dollar threshold. Now is the time for aggressive investments. While there is always room in your portfolio for slow growing, conservative investments you will want to balance them out with high risk, high reward alternatives as well. You only need to take a casual look at certain markets to know that they are worth your extra time and money. Real estate, outside of the ’09 bubble burst, has been notoriously reliable as a means to making consistent money and if you go a step further, investing aggressively in real estate, you can make a fortune. Understand that there is risk involved but no other path, short of winning the lotto, can lead to such good money. If you need to take out an online loan to start investing, do so. 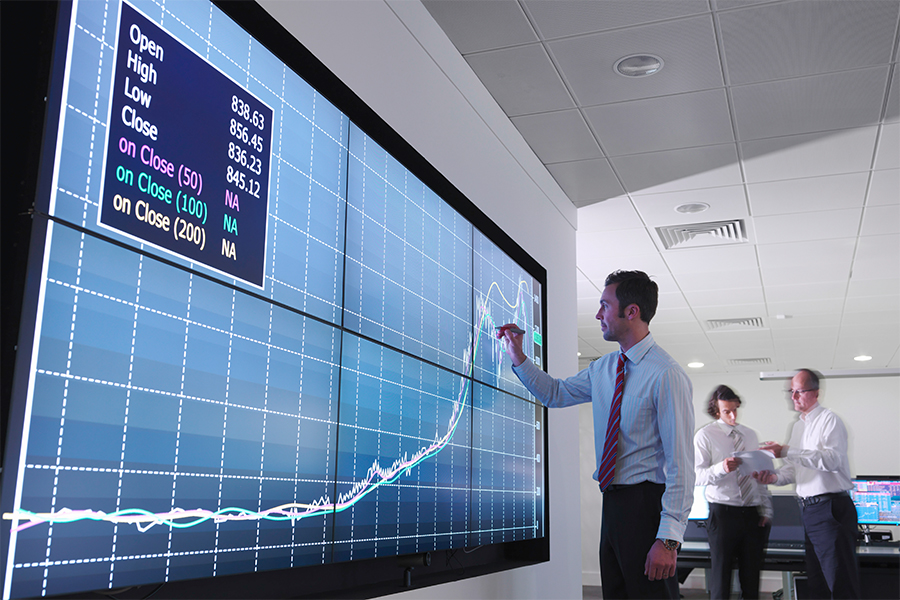 Create your worth and then sell it.

The majority of self made millionaires reached their position by creating and marketing their own worth. This meant that they identified their greatest skills and assets and then turned around and worked until it made them the kind of money that they sought after. You must take an entrepreneurial spirit with you along your journey, even if you are starting at 50 years old, in order to find the riches that you ultimately desire. To really hone in on making your first million you should consider starting a business in the booming industries of today: technology, healthcare, and consumer sales. 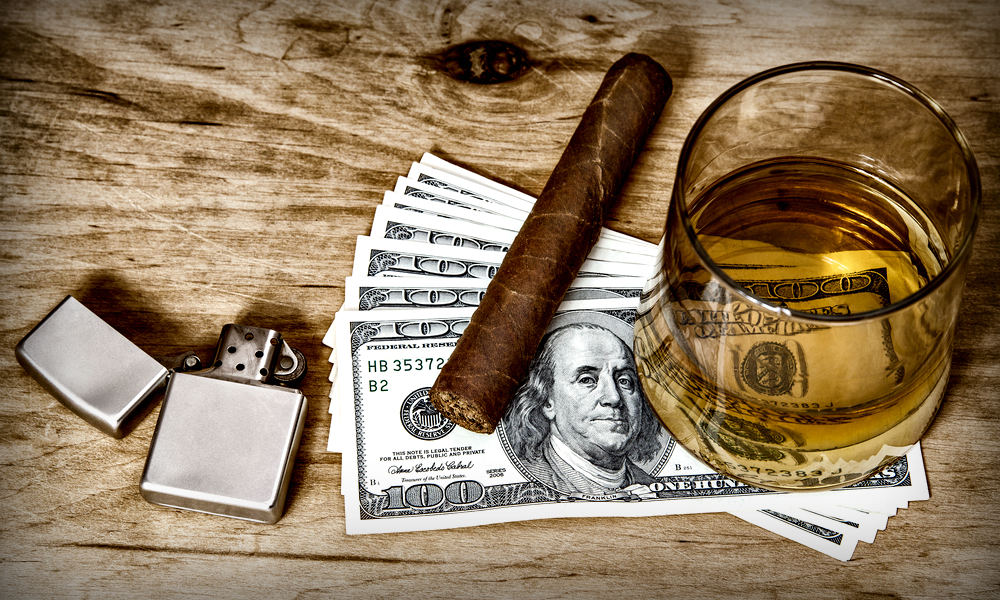 Accept that being poor is a choice.

Bill Gates famously said, “If you are born poor it is not your mistake. If you die poor, then that is your mistake”. You don’t get to choose how you were born or how wealthy your family and friends are. What you DO get to choose is how you react to the situation. At 50 years old you should be more than aware of who you want to be in life. With clarity on how you want your financial goals change you, make the clear choice of leaving your poor days behind you. While money isn’t everything, and nobody should make the mistake of thinking so, it sure as heck is better than the alternative. Don’t accept being poor as a part of your life. Determine that you want to change it and then go out and make it happen. 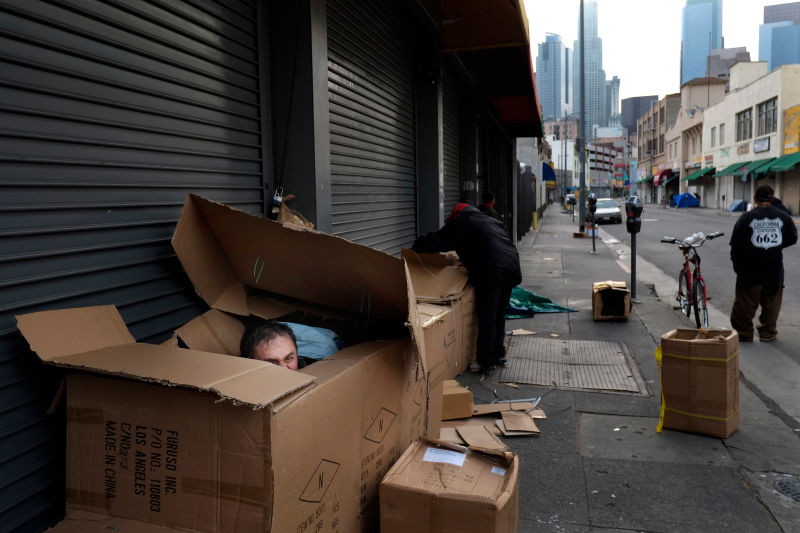 Being poor is a choice

Understand that you are a pioneer.

It’s fun to work in groups and it’s even more fun to succeed alongside friends and family. However, the truth is that most self made millionaires got to their wealth by focusing almost entirely inward. They didn’t sit and wait for the pack to catch up with them. They didn’t wait until they had the perfect team at their side. Instead, these wealthy folks used their spirit for adventure and they made opportunities for themselves. Become a pioneer and forge ahead. You’ll gain your followers along the way. 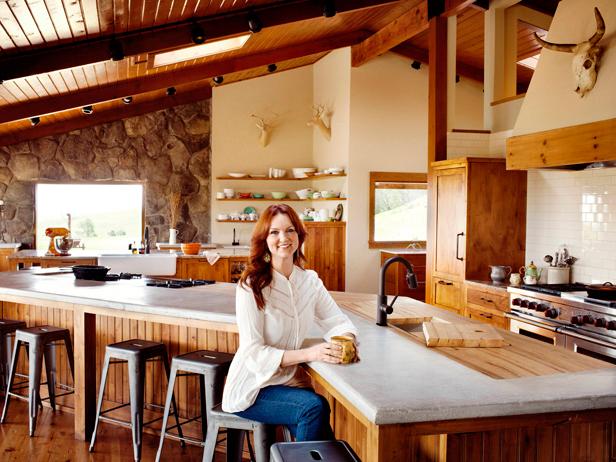 Find your minimum livable means, and live below that.

Living within your means can be the easiest way to accrue money early on in your life. Imagine all of the cash you’d save if you opted for a smaller apartment when you were younger instead of a sprawling place to live. Now apply that same maxim to your day to day life. A dollar saved is a dollar earned and those dollars begin to add up in big ways later on in life. So you need to make a financial plan that evaluates your minimum livable means. Then you need to go under that threshold and use the savings to create more of your fortune. 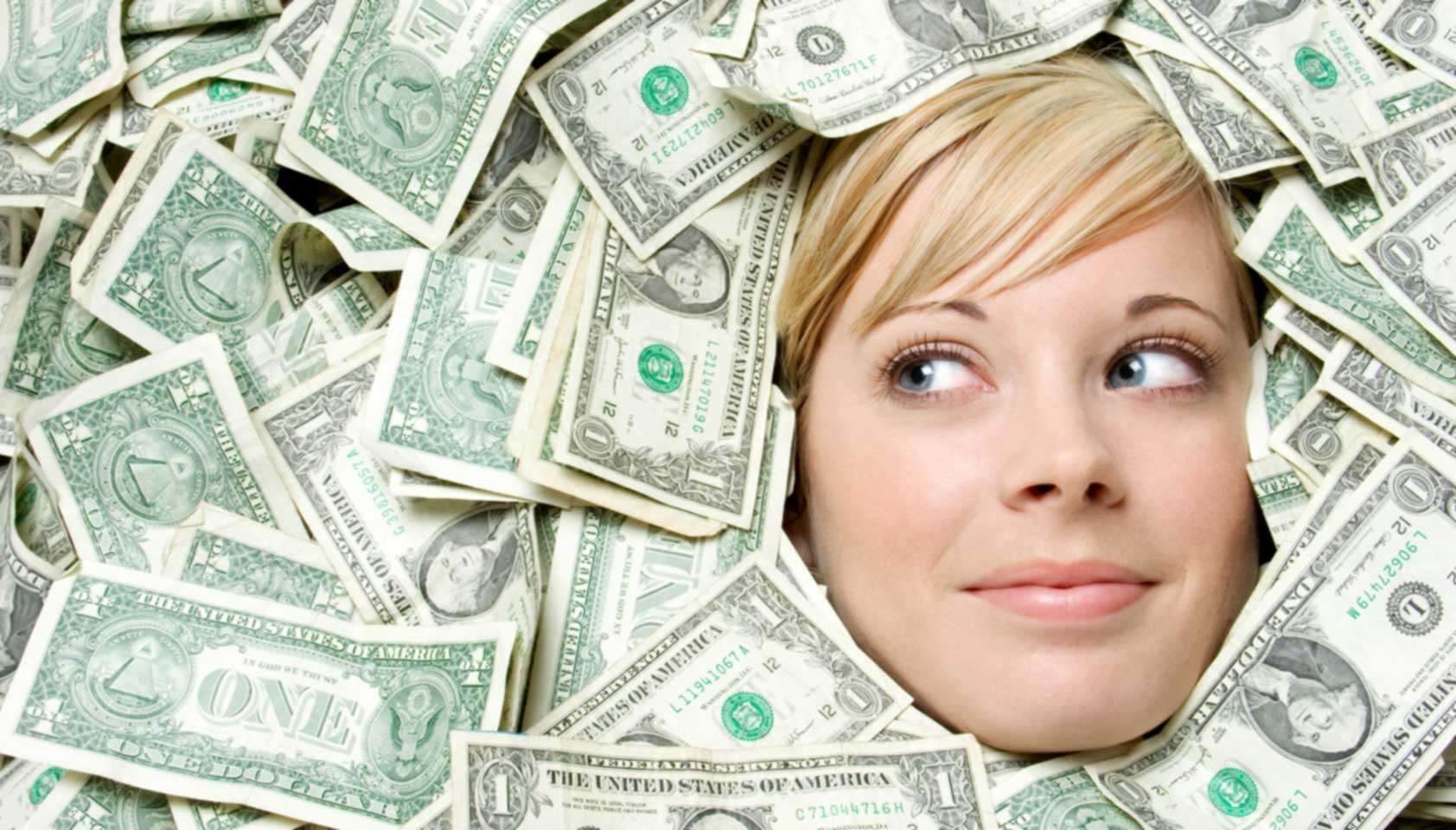 Everyone in the stock market when Microsoft first got started has daydreamed: “What wasn’t I invested in Microsoft” and that is an entirely reasonable question. However, the nature of startups is akin to the lottery in some respects: you can’t say for certain which companies will hit. So become a researching madman when it comes to start up companies and try to stay ahead of the curve by investing where your heart lies. You never know which company will turn into the next Microsoft or Apple. 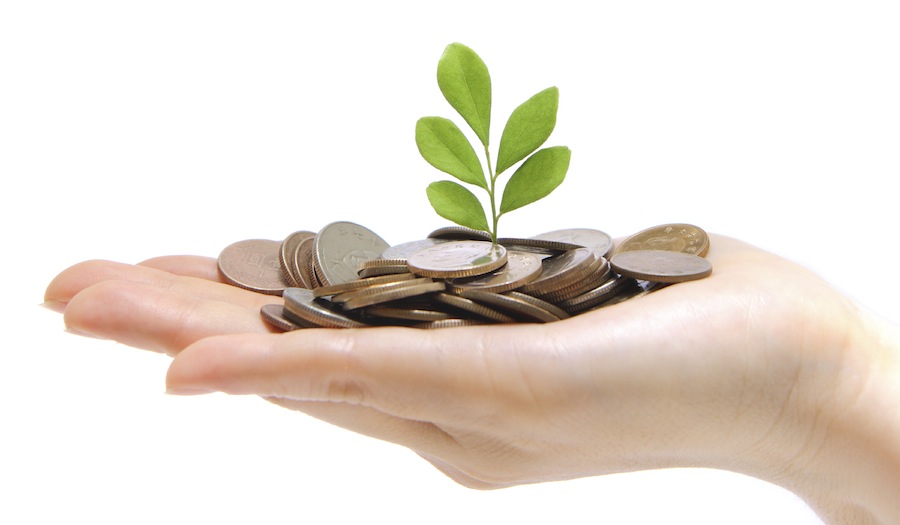