One of the biggest threats to the environment is the erosion of the sea’s population of coral reefs. One of the most common issues is when coral reefs are overwhelmed by the presence of seaweed, impeding efforts of restoration. However, it looks like crabs can come to the rescue, as long as we give them a chance to. 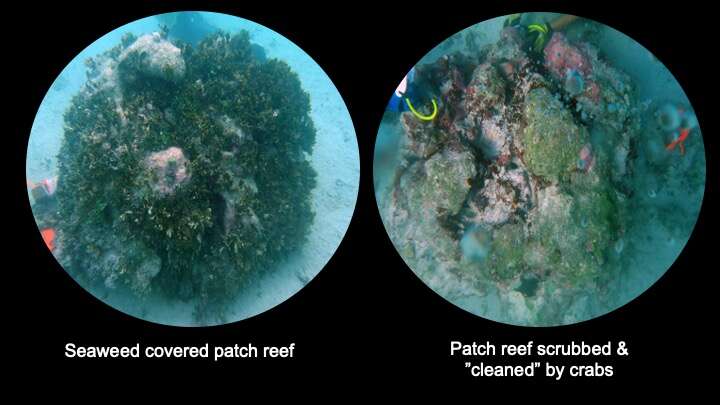 Reefs Affected By The Presence Of Crabs Vs None

Seaweeds love the phosphorous and nitrogen runoff that can kill coral reefs offshore of intensive agriculture. Many coral reefs have been found to release chemicals that attract fish that eat seaweeds that can overtake coral reefs. There have been futile attempts to breed these piscean grazers in order to stop the seaweed from rapidly growing, especially after a disease that is still unknown wiped out a breed of sea-urchins, who are also seaweed consumers.

Professor Mark Butler at the Florida International University has come up with a theory that involves crabs and their sharp claws. He noticed that Caribbean king crabs in the Florida keys eat a lot of seaweed but they also eat seaweeds that are poisonous or hard to disgest for other animals. 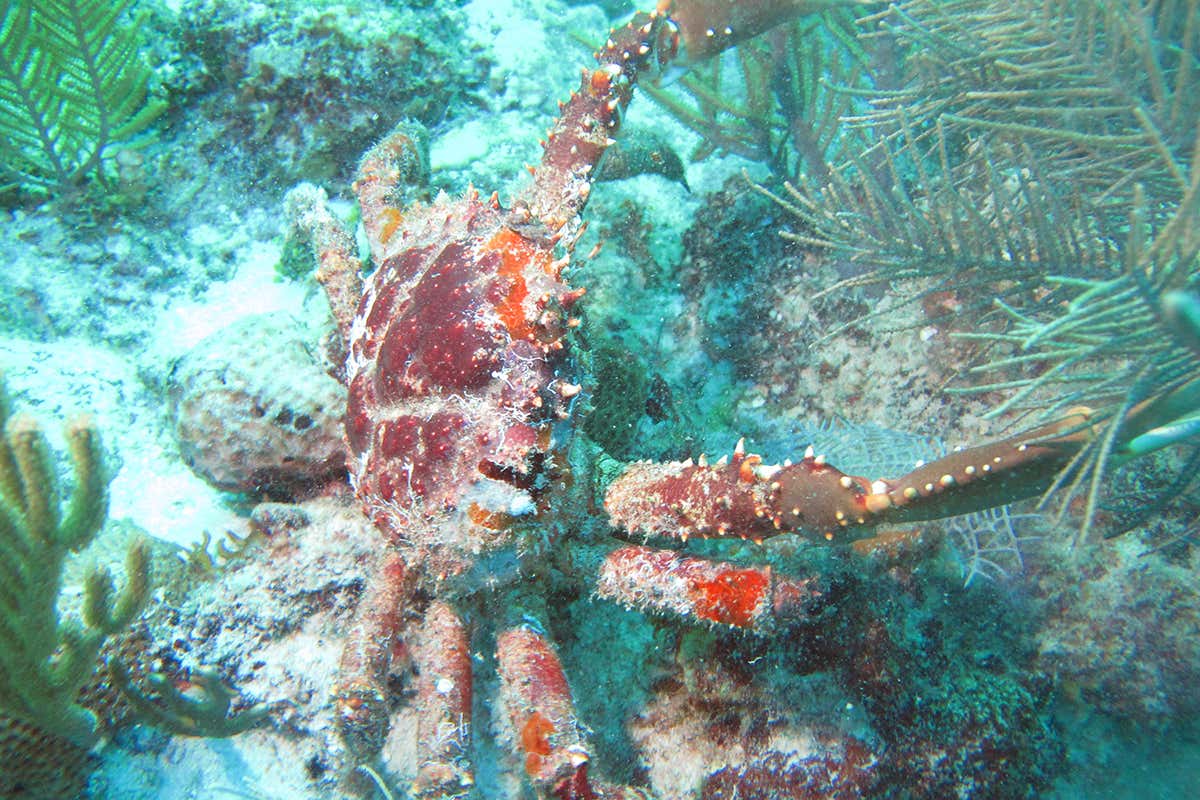 Can Crabs Save The Day?

Butler and PhD student Jason Spadaro reported in Current Biology that a success in a trial to increase the number of crabs on reefs overrun by seaweeds showed that single-clawed crabs can help reduce seaweed cover from 85% to less than 50%.

In areas where scuba divers removed seaweed before the crabs were released, the seaweed area decreased by 80% after one year. On control reefs with low crab numbers, the seaweed domination showed no change at all.

Butler shared: “When Jason showed me the results he had compiled from our first year of experiments, I couldn’t believe it – they looked too good. You should have seen the look on Jason’s face when I said, ‘Nobody will believe these results. We have to repeat the experiment for another year at another location.’ Not exactly what a grad student wants to hear when trying to finish up! But we did it and the results were the same.” 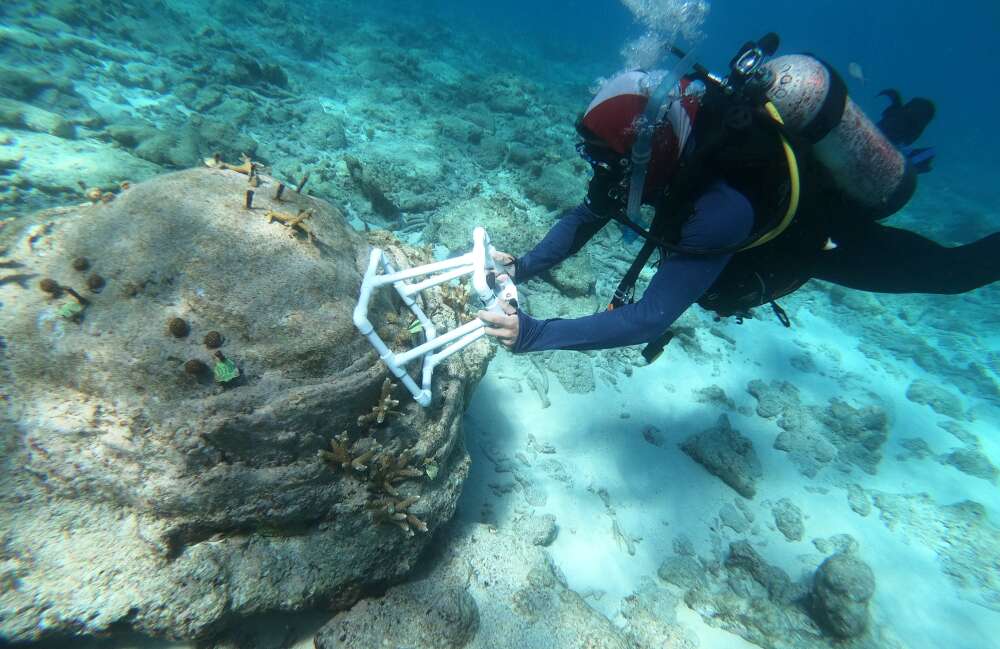 Divers Compare Reef Patches With And Without Crabs

Butler and Spadaro still don’t know whether crab farming will be useful, but if it proves useful, it will have huge implications in helping save the coral reefs. Butler noted that in the Keys, the barrier reed has less than 2% of its original coral cover. He said that without taking action to fighting climate change, there’s little that can be done to save these remaining fragments as well.

At the very least, the crabs are giving us a fighting chance in trying to save the coral reefs, and in turn, the planet.