Jennifer Lawrence is honestly one of our favorite celebrities of all time. She seems so down to earth and fun to be around, we really wish we was our best friend IRL. That’s why we teared up a bit when we heard that she officially tied the knot with her man over the weekend.

Lawrence, who is 29, married Cooke Maroney, 34, in Newport, Rhode Island at the Belcourt of Newport, a luxury hotel. They had 150 guests in attendance and we hear that the menu was simply to die for, with hors d’oeurvres and desserts galore. 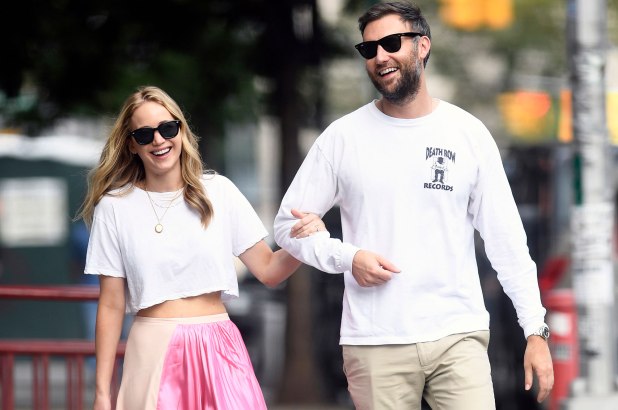 Some of the A-list celebs in attendance at the small and intimate event included Amy Schumer, Adele, Kris Jenner, Emma Stone, and Ashley Olsen.

Some of the finger food that was served included offerings from Maine-ly Lobstah and Boston’s Baddest Food Truck. The afterparty started at around 12:30, and plenty of midnight snacks were provided for guests to enjoy through the night. Truck owner Kevin Tortorella shared: “People were really nice. We were serving guests until quarter after 3 a.m., and then serving security.” 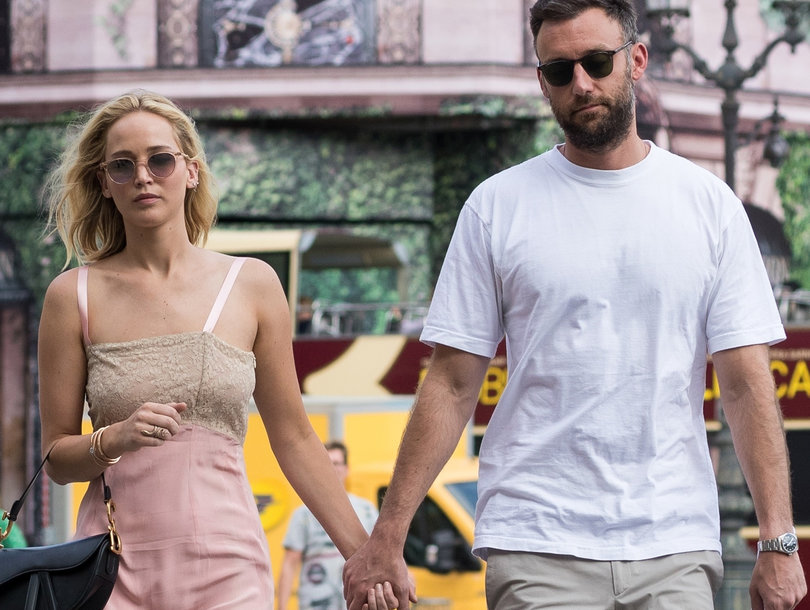 The party went on all night, with the last guests leaving at about 5:30a.m., and Lawrence and Maroney stayed until the very last person left. A source close to the couple shared: “It was an all-night party. Jen and Cooke where the last people to leave at 5:30 a.m. They waited until all the guests were gone so they could personally say goodbye. When they left, Jen looked happy, but also a bit tired. She also looked stunning in a jeweled dress.”

The couple got engaged in February 2019 after less than a year of being together. Although Lawrence has been rather mum about her relationship with Cooke, she did gush over him at a recent interview when she said: “the greatest human being I’ve ever met.” When asked at the time whether she thinks she wants to marry him, she responded: “I don’t know, I started with the basics. How do I feel? Is he nice? Is he kind? It’s just — this is the one, I know that sounds really stupid but he’s just, he’s — you know. He’s the greatest person I’ve ever met, so I feel very honored to become a Maroney.”