In some recent excavations, ancient frescoes have been discovered underneath years worth of dirt and soot, hiding gorgeous and colorful frescoes at the temple of Khnum in Esna, Egypt. Archaeologists now will have the painstaking tasks of restoring them properly so that they can be viewed in their full glory. 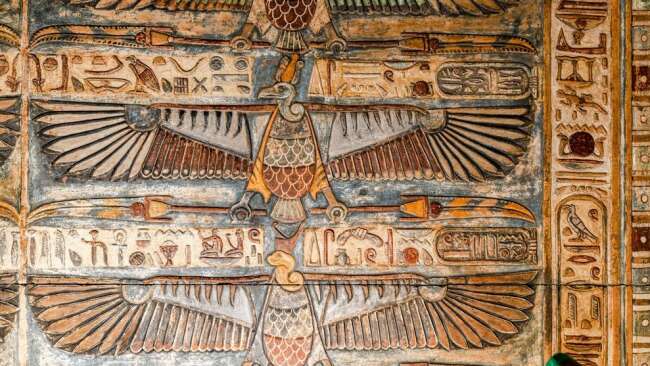 The Ancietn Egyptian Goddesses Portrayed In The Frescoes

The frescoes depict vultures that represent the Upper-Egypt goddess Nekhbet and Lower-Egypt goddess Wadjet. You can see that each goddess is wearing the crown that corresponds with their regions of the country of the time.

The restoration is being done by the Institute for Ancient Near Eastern Studies at the University of Tübingen, as well as the Egyptian Ministry of Tourism and Antiquities. 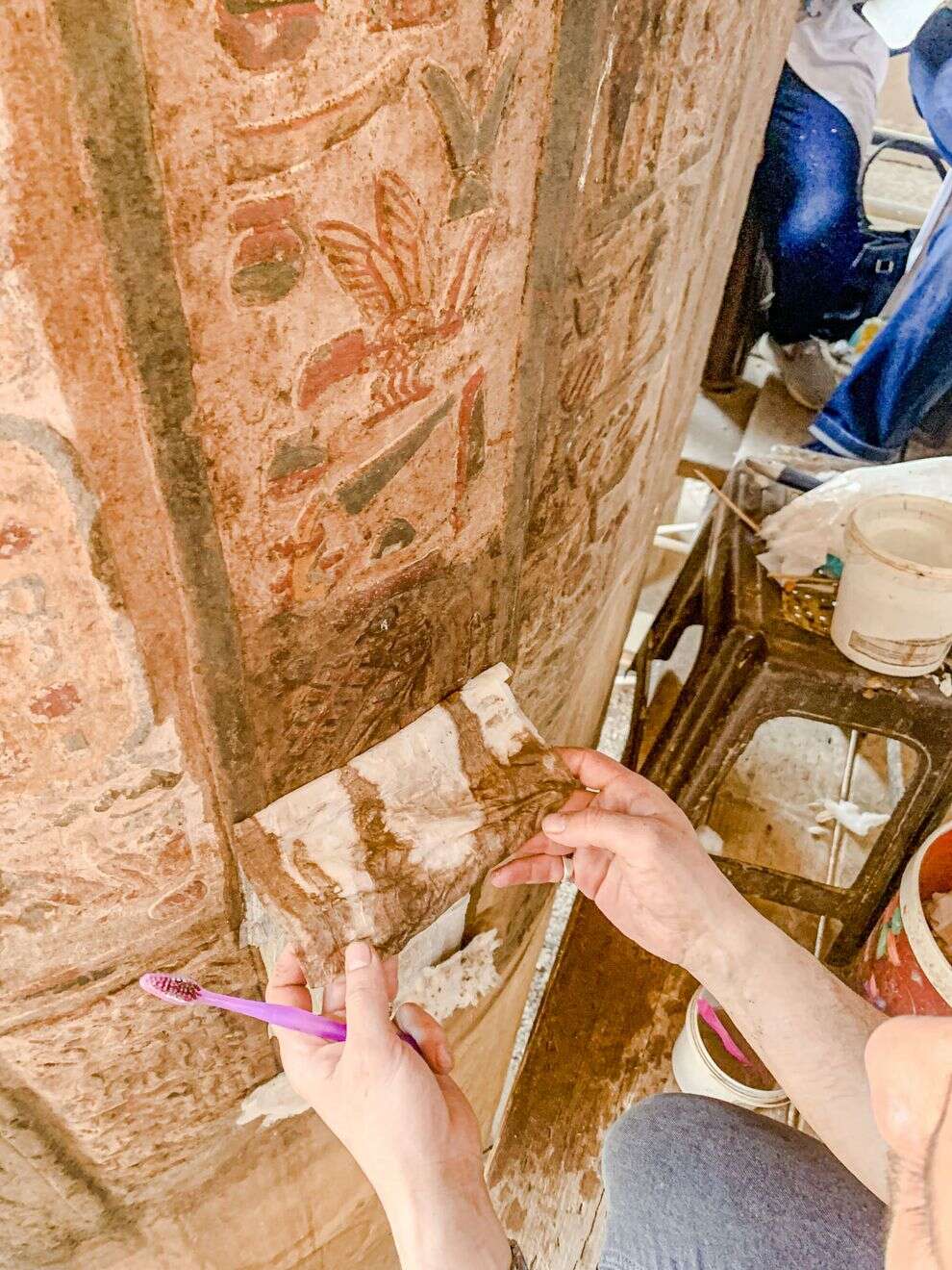 Professor Christian Leitz of University of Tübingen shred: “Temples and ancient depictions of the gods were often painted in brilliant colors, but these have usually faded or even disappeared totally as a result of external influences.”

The temple of Khnum was dedicated to the ram-headed god himself, who was thought to be the source of the Nice. Khnum and his consort Neith are considered to be the creator dieties in Esna.

The construction of the building took place in the Ptolemaic time but continued through the Roman era, likely around the time of Emperor Claudius, between 41 to 54 BCE. 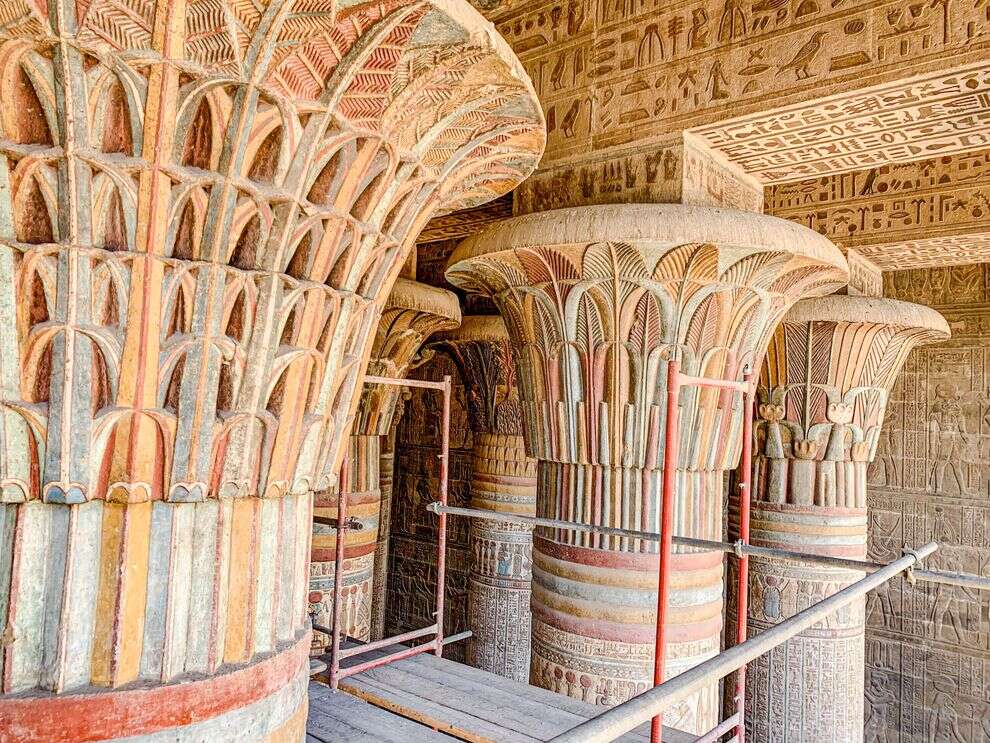 There Were Also Colorful Columns Found

Tübingen scientist Dr. Daniel von Recklinghausen shared: “From the 1950s, the French Egyptologist Serge Sauneron systematically documented the Temple of Khnum at Esna and the paintings that were visible at that time.”

Dr. von Recklinghausen continued:  “The temple’s complete range of images is unique in its wealth of figures and the state of preservation of the colors.”

Leitz added: “For the first time we can see all the decorative elements in relation to one another. This was impossible simply with Sauneron’s publication.”

The restoration was funded by the American Research Center in Egypt, the Gerda Henkel Foundation, and the Ancient Egypt Foundation. Next, the inscriptions will be translation and the connected between the text and images will be analyzed. This work will be funded by the German research foundation. 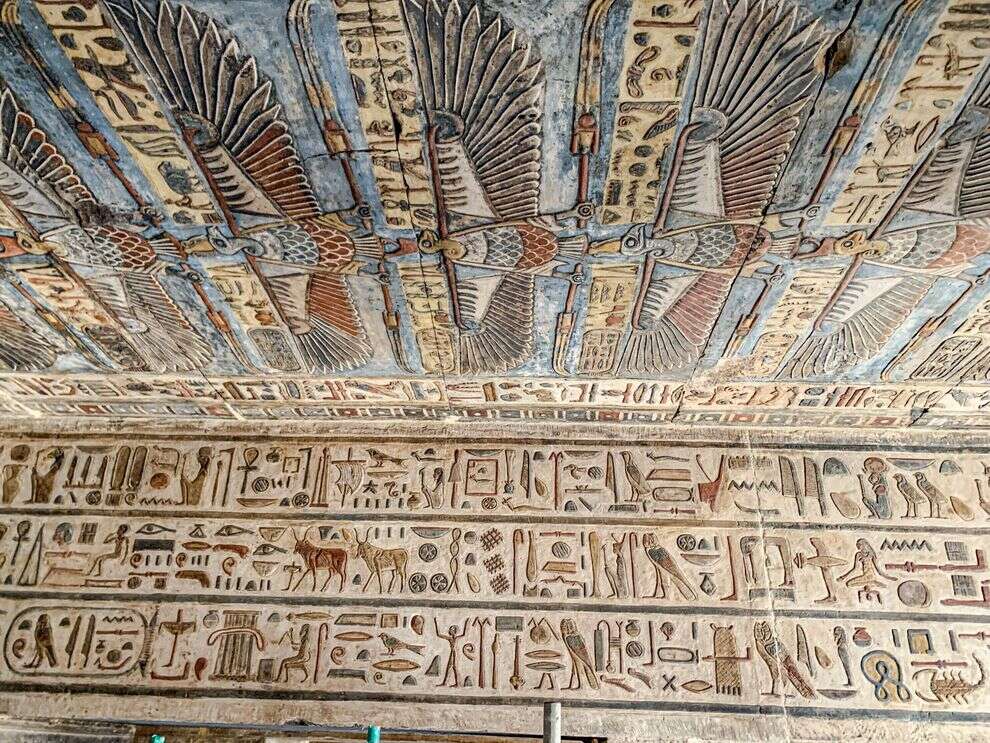