Despite the fact that The Mona Lisa is one of the most well known, if not the most well known, painting in the world, did you know that it’s actually just 30 inches by 21 inches? The famous Leonardo da Vinci painting is housed at the Louvre and is under scrupulous security, yet in May 2022, an angry protester was still able to lob some cake over at it. The 36 year old man disguised himself as an older woman in a wheelchair, when all of a sudden he jumped up out of the wheelchair. He tried to break through the painting’s protective glass case, and when he failed to do so, smashed some cake directly onto the glass and according to witnesses threw roses on the ground. He was then escorted out of the building by security guards.

Experts believe he was able to get so close to the painting thanks to the use of the wheelchair disguise. A museum spokesperson told Buzzfeed News that the museum had been following museum “usual procedures” for visitors with disabilities. 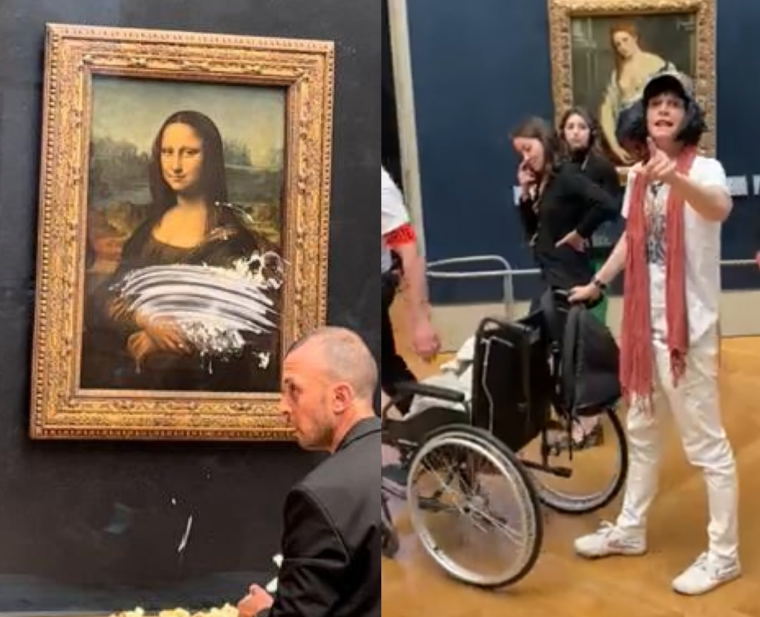 The Man Disguised Himself As An Elderly Woman In A Wheelchair

The painting was not damaged, but this was actually not the first time it faced the threat of vandalism. It first became well known when Vincenzo Preuggia stole the painting in 1911. He his in a closet for an entire night and then walked out of the building with the painting stuffed under a smock.

It took 24 hours for people to notice that the painting was stolen at all, but then it was featured all over the front page of international newspapers. Peruggia was caught two years later and the painting became internationally known after being recovered.

In 1956, the painting was doused with acid, with the lower portion of the painting being affected. Then Ugo Ungaza Villegas threw a rock at the painting, hitting the lower elbow of the woman famously portrayed in the painting. Following these two events, the painting has been encased in bulletproof glass. 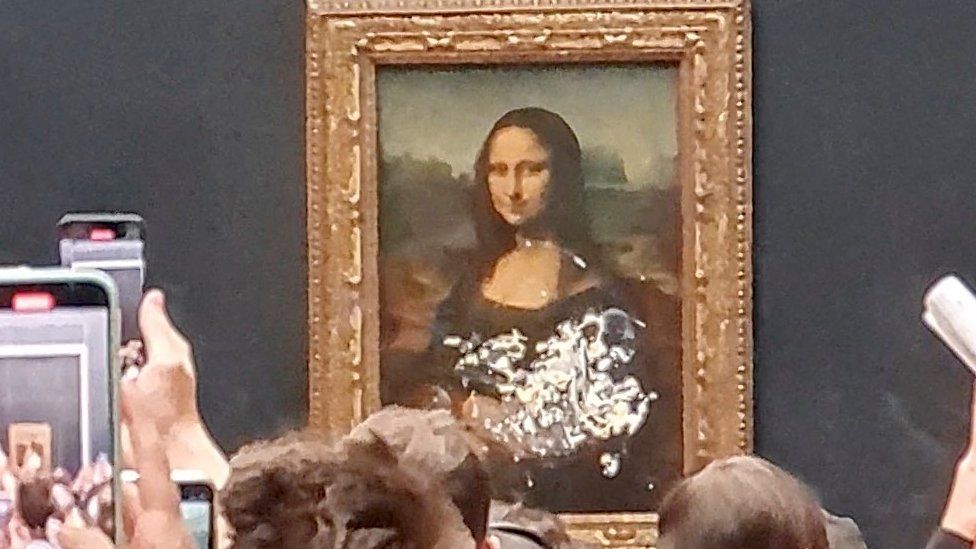 The Painting Is Encased In An Enhanced Glass Case

Since 2005, the painting has been located inside a reinforced bulletproof and non-reflective case. The case has an air treatment system that helps control the temperature, relative humidity, and controls the atmosphere that is desired for the painting to be able to maintain longevity.

The painting is an oil painting on poplar support, so controlling humidity is critical in order for it to be conserved, especially so many years after its creation, 500 years ago. The painting is illuminated with the help of an LED lamp that was developed especially to minimize UV radiation and also to enhance its colors.