If you’ve never heard of a skinless shark before, there’s a good reason why. Scientists discovered one for the very first time trawling in the waters of Sardinia. The research team found a catshark that appeared to have no skin whatsoever. The discovery was reported in journal Fish Biology, and many surprising revelations were shared. 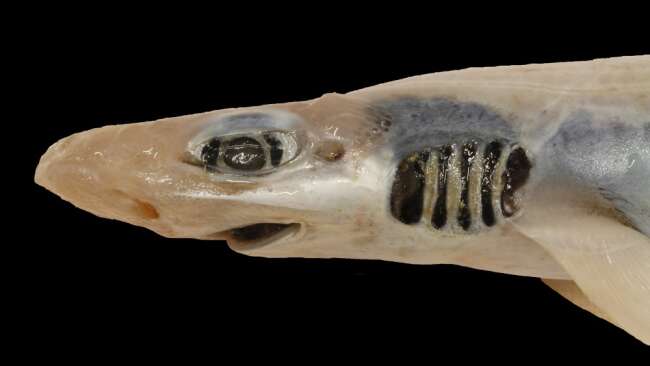 Upon investigating the shark’s anatomy, the researchers found that the fish did not possess any of the structures that are usually associated with elasmobranch skin, the group that contains sharks. It is believed that this is the only kind of shark of its kind that has been found free swimming in the depths of the ocean.

Typically, skin plays a crucial role for elasmobranch sharks for both mechanical and chemical defense purposes. The skin will secrete a mucus that is referred to as the first line of the fish’s immune system. This helps prevent microbes from forming colonies on the animal’s surface, as it contains antibacterial proteins that help protect the shark. It is made up of denticles, which are teeth-shaped structures that overlap, and also provide a strong mechanical defense barrier against ectoparasites as well as other types of predators.

Shark Without The Dermal Layer

The shark that was found is a catshark (Galeus melastomus), and unfortunately it does not have this protective layer of “skin.” Incredibly, it is also lacking any type of skin-related structures including the epidermis, dermal denticles, a part of the dermis, and also teeth.

The shark was found in July 2019 at a depth of 1640 feet in the waters of Sardinia. Skin is usually quite critical to the fish’s survival, and yet the shark was found in good health and quite well developed, despite the fact that the lack of skin could be potentially fatal.

When its comes to feeding, this type of shark is lucky that it does not teeth to eat, as this species swallow their prey whole. However, due to the lack of exterior dermal denticle “teeth,” it does not have the typical markings of blackmouth catsharks. 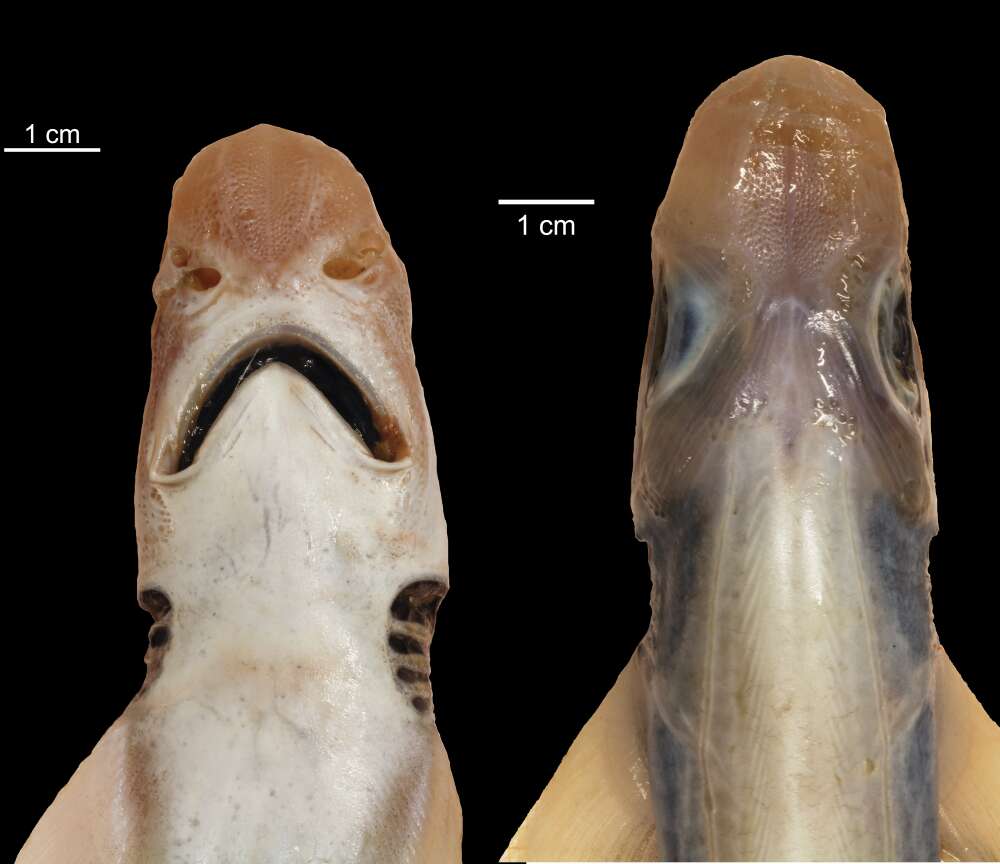 This Shark Doesn’t Have The Typical Markings Of Its Kind

When trying to understand how this shark ended up completely toothless and skinless, researchers posture that the reasons could be human-related. The article’s authors say that it is possible that long-term exposure to chemically contaminated waters could be the cause, as well as ocean warming (acidification) that is caused by climate change. It could also be unrelated to humans and be caused by a natural error in the animal’s embryonic development.

Still, until the exact cause is determined, researchers stress the importance of understanding that many abnormalities can and will be caused to marine animals (as well as non-marine animals) as a direct impact by our actions.